Want to see more of this 1966 Mustang Restomod and our other builds? Check out the CPP Featured Builds Page

Classic Performance Products, Inc. (CPP) and Mustang 360 join forces to race against the clock. They will be transforming this semi-restored coupe into a 1966 Mustang Restomod Pro Touring beast. What’s more, they are doing it in only a period of seven days! Follow the week long build coverage as the crew unleashes the potential of this pent-up pony. They are ditching the sleepy straight-six engine for an EFI pumped 500-HP V8 powerhouse. Not to mention a complete overhaul of steering, brakes, suspension, & chassis components from CPP.

The crew is back and on a mission to turn this 1966 Mustang Coupe from average to incredible. They took the car for an initial test drive, then quickly started turning wrenches. Out came the original 200ci 6-cylinder and C4 transmission. In went a complete Classic Performance Products, Inc. (CPP) coil-over front suspension, leaf-sprung 9-inch rearend, and subframe connectors to tie the car all together.

Related: Building A Pro Touring 1967 Nova In One Week!

The CPP crew started the morning of Day 2 by installing the front spindles. Those spindles would hold 13-inch CPP brakes with massive calipers. Disc brakes also went onto the 9-inch rear followed by new brake lines before bleeding the system. Then it was finally the moment we all waited for. The teams dropped in the Ford Performance Boss 363 crate motor and Performance Automatic transmission!

The Mustang is starting to look like a real car by the end of Day 3, almost begging us to jump in and drive it off. The bulk of the chassis and interior wiring, installing the air conditioning, radiator, steering column, CPP steering box, and a million other small details were on tap for today. 18″ rolling stock was mounted and the car was now sitting on the ground. It looks awesome.

Wiring takes the stage on Day 4, as we get down to the details finalizing the electronics from front to rear. Connections are completed for the Fitech EFI system in the engine bay, gauges in the dash, and modern lighting all around from headlights, turn signals, to sequential LED tailights. The exhaust gets fabricated and hung, and we’re a few steps closer to firing up the engine. Stay tuned for more!

They spent the last day finishing the wiring, linking the shifter to the automatic transmission, building the 2.5″ exhaust, and installing the steering column, gauges, and seats into the cabin. It’s not a true Day 5 without the drama, and it was right on cue when we ran into some snags installing the driveshaft, and again with a water pump leak while firing up the engine. Be sure to watch the video, as the crew stuck through it and ended the night’s performance with a 400ft smoky burnout!

Photos courtesy of the MotorTrend Group

Want to see and read even more? Check out the full build page on the 1966 Mustang Restomod!

CPP Featured Product From The Build 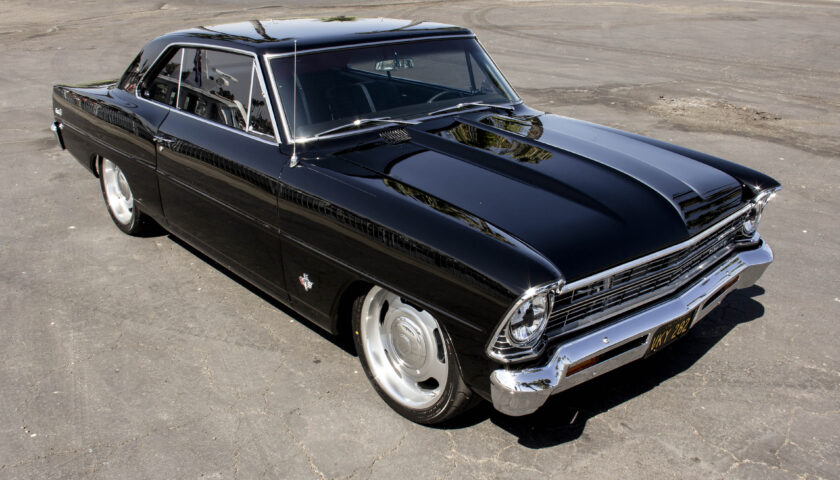 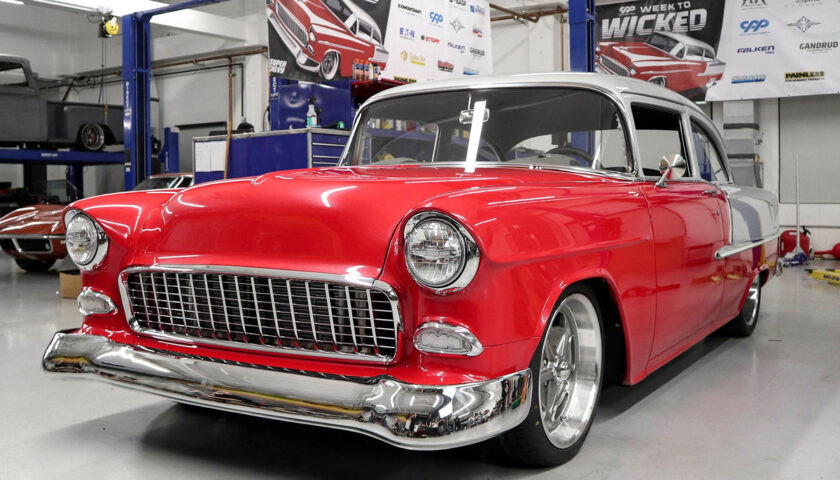 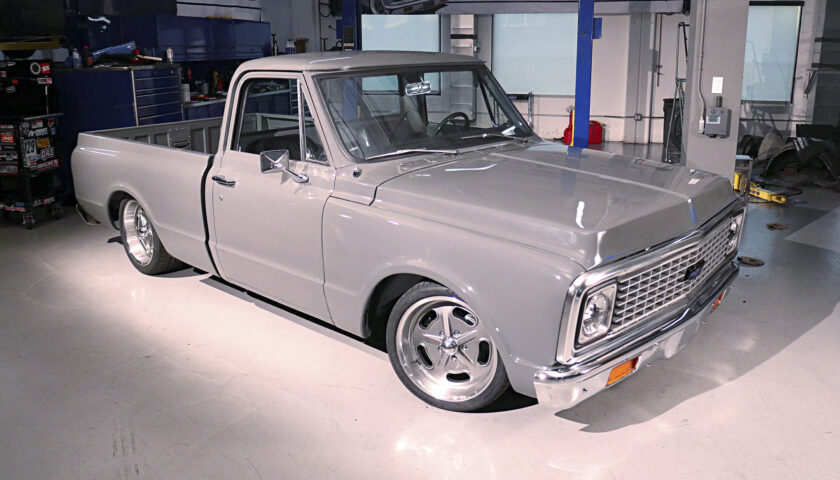 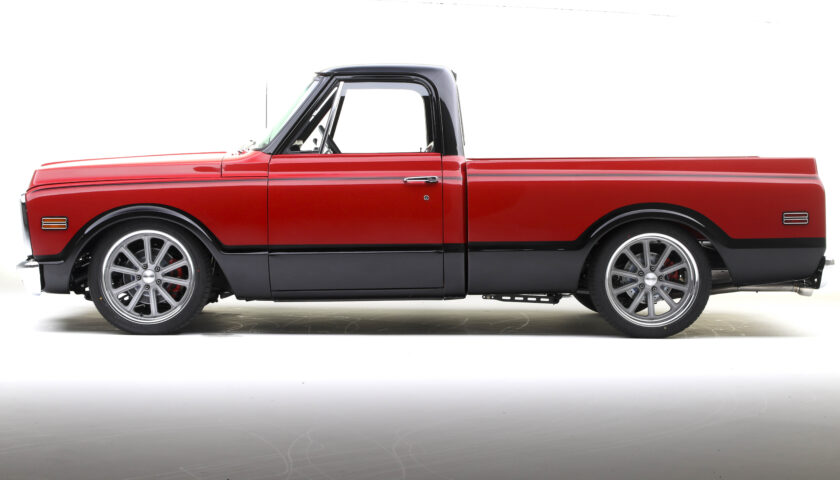 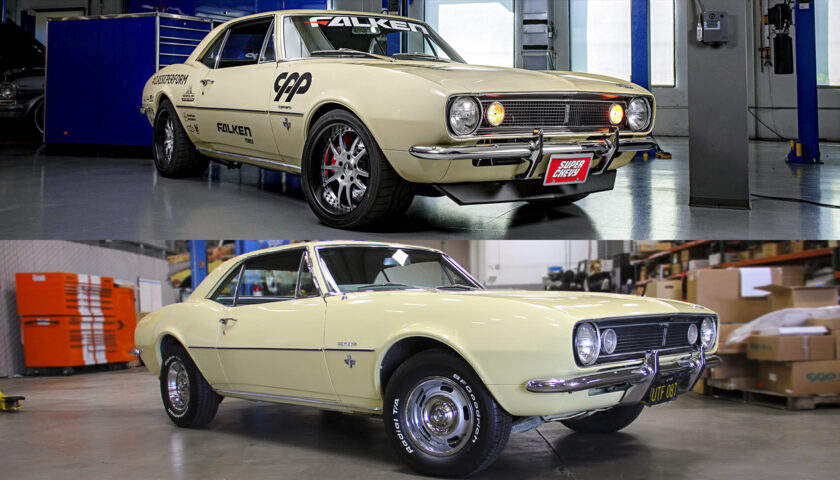 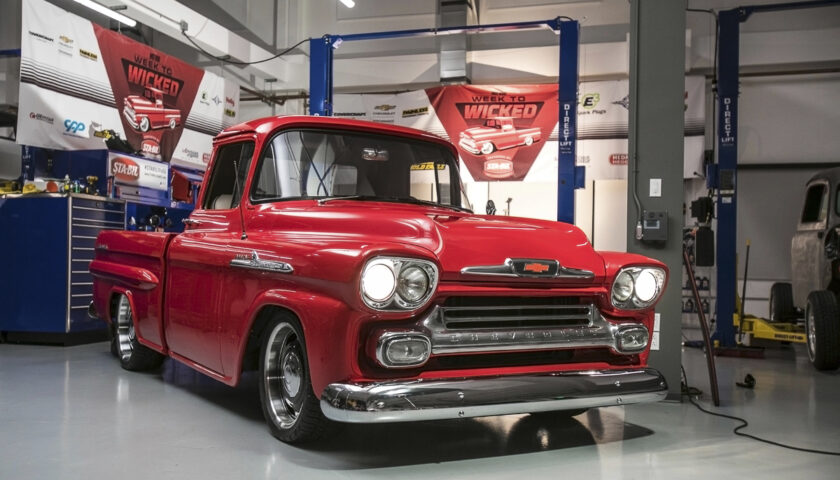