Dave Taylor’s wild, supercharged 1967 Ford Custom is just that—wild. He never built it to be average or run-of-the-mill. Dave built the Ford the intention of going all out.

The inspiration for the build was Dave’s son, James Taylor, who approached him back in 2015 about building a car together. According to Dave, “I simply said, ‘do you want to build a car or do you want to BUILD A CAR?’” James responded saying he wanted to build a car and do it righ. So, Dave decided to indulge him. What’s more, he figured this would be his last full build and at the end of it all he’d hand the keys over to his son.

First, they had to decide on something with which to begin building. The car they found was a very average looking 1967 Ford Custom. The little blue Ford was reasonably clean for a 50-year-old vehicle. What’s more, it was sitting under a tree at Dave’s son-in-law’s house, making it an easy choice. After towing it back to their home in Harrogate, Tennessee, the father and son team got to work.

Dave and his son completed the build over the span of five years. “I didn’t write checks and have it done; we built this beast,” said Dave. And what a beast it was. Under the hood—or through it, rather—is a 545 ci big-block Ford with 10.5:1 compression and huge 871 blower on top. “Now with all this ‘humppa humppa’ I needed to get it to stop,” recalled Dave. Continuing on he said, “The 8.8 Ford stuff was terrible the 9-inch stuff wasn’t right so I called JEGS. The guy asked me if I looked at the CPP stuff so I ended up with a complete braking system from CPP that worked great right out of the box.”

Now with disc brakes all around getting power from CPP’s eight-inch dual diaphragm booster and Corvette-style master cylinder, he finally had a car that could stop as well as it could go. “I couldn’t be happier with it the car,” said Dave, “it is an absolute blast to drive.” In conclusion, Dave told us, “But CPP made it possible to stop this car and I thought I would let you know it. Thanks CPP, you have great products!” 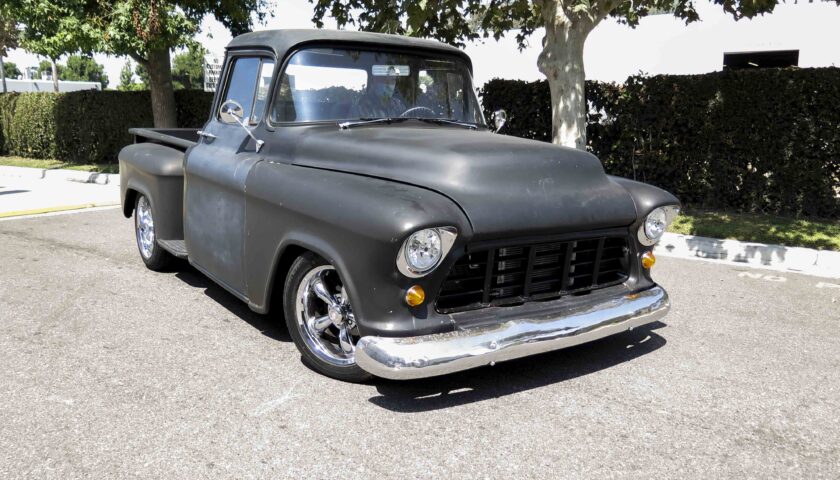